We're going to Jon from now on whenever we need to make a prediction.

One of the major storylines of the fourth day of MSI was the match between Vietnam’s Phong Vũ Buffalo and North America’s Team Liquid. But it wasn’t the game itself that was the only big story, it was the fans. VCS fans filled the arena, attempting to drown out the noise with chants for the home team.

But there were a couple of folks that took issue with that, and if you’ve tuned into the broadcast at all while Liquid play at the event, there’s a good chance you’ve heard them already. In that sea of VCS fans, a group of four Liquid fans stood up and shouted right back, and they did it so loudly that they matched the massive crowd of VCS hometown fans.

Though they were few, they were fierce, and more importantly, they were heard. Jensen couldn’t contain himself, and he laughed as he watched these four fans fight back against the roar of the 116 others in the stands. Every moment of silence was filled by “Lets go Liquid!” Today, when the NA underdogs upset world champions Invictus Gaming in the most exciting MSI series in recent history, they were still right there cheering along.

Who are these fans, and how did they get there? Upcomer found them grouped up, receiving their high fives and autographs after the PVB game during the Group Stage. Meet Jon, Ben, Decade, and Maurice, four friends that met literally that same day.

Why are you all here in Vietnam?

Jon: We all live here actually. I just moved here, but I’ve been a TL fan since season three, back when they were Curse.

Ben: Yeah it’s not like we all flew out from LA. 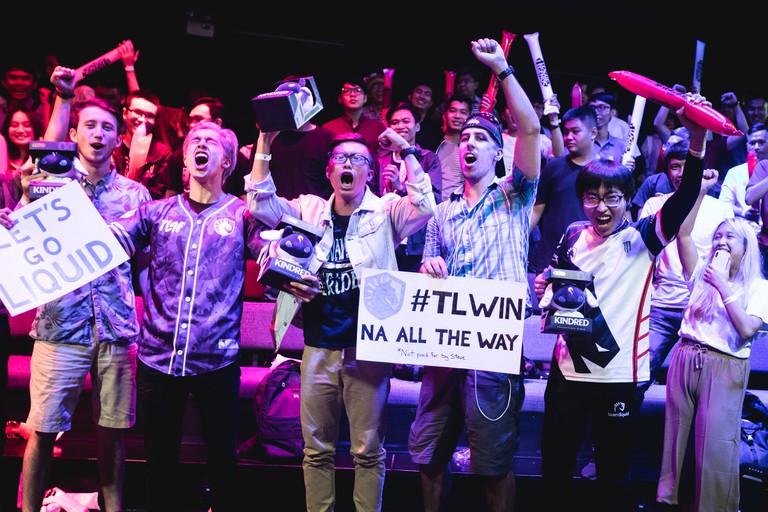 Did you all know each other before the event?

Decade: No, not really, we all met here we met this afternoon. I actually made a Reddit post about looking for friends, so they all just figured me out because I’m the only Vietnamese guy here with TL gear.

Why are you rooting for Liquid when you’re Vietnamese, in Vietnam, and the Liquid opponent is the Vietnamese team?

D: Well before Phong Vu Buffalo, before the VCS, I was cheering for Liquid. And especially when Yiliang “Doublelift” Peng joined in 2018. I followed Team Liquid since then. So it’s been a year and a half now. And I really love the feelings I get with them. Even the disappointment they brought to me, like at Worlds and MSI. But I still love them! And now they’re here! This was the very first time I could meet them in person.

So were you here watching all the other games? Or are you just here today for good ol’ TL?

M: I’ve been here every day!

J: This is my first actually.

D: I went this day and yesterday. I bought this ticket just so I could make sure and meet them.

Did anyone get affected by the schedule change?

B: Yeah I did. I had tickets for two of them, but when they got switched around, it coincided with my work. So that kind of screwed me. So I had to get rid of the tickets, and in the end I just gave them away. Then when I found out Liquid was playing, I went and got these.

Okay Ben, so where are you from? You have an accent.

B: Ah, I’m from Germany. But I’m half German, half Vietnamese. That’s why I live here right now.

Ah, so why root for Liquid then when there’s G2 and Phong Vu!?

B: Well, obviously I’m from EU, but they’re too good to be in play-ins. Hahaha no, I’m actually an NA fan. I actually like NA more than I like EU, but with the new LEC and all their content, it’s great. So I support LEC now too, but NA was my original region.

So I started being a competitive gaming fan back with Starcraft II and Warcraft III. And that was Liquipedia. That was Team Liquid. That was when if you went online to find out more information about esports, you went to Liquipedia. And now they have the super team so just everything works out.

And that doesn’t mean I don’t respect other teams, I mean TSM was fucking amazing. I would’ve been just as happy to have them represent NA. 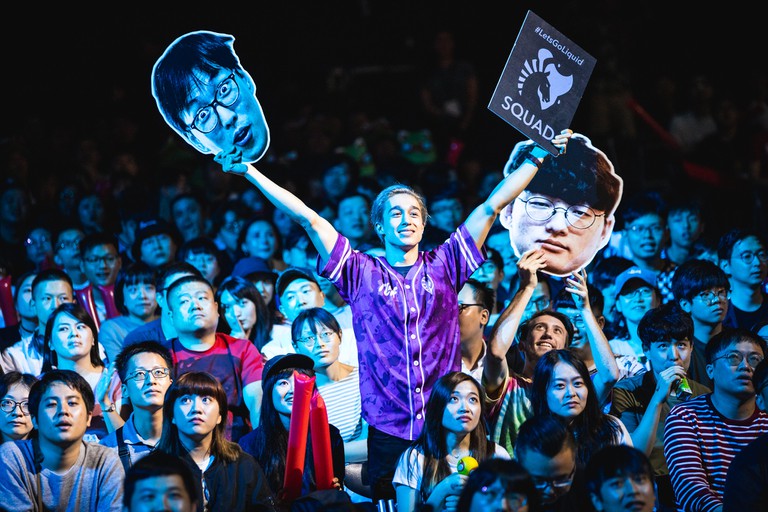 Ah, so I guess you were mad about the finals.

M: I wouldn’t say mad, more just sad. I was hoping they’d come here. And they had that 2-0 start and then got reverse swept and I was just so bummed. But you know at the international event, so I gotta cheer for my home team. There’s no sides when it’s NA. When it’s the LCS, I go for my favorite org, but against the World, you pick region, you don’t pick team.

What about you, Jon?

J: I just like how TL has come from Curse days, the forever fourth to actually being a competitive team that I can cheer for.

Again, we’d like to reiterate, and we can't stress this enough, that this interview was conducted during the group stage.

What do you think Jon?

J: Nah, I think they’ll get second or third. They’re not as good as SKT, but I think they’re better than G2. It’s a sketchy statement, but I’ll live or die by it.

M: You actually have Invictus who just won Worlds here too, don’t forget.

D: Yeah, you better be careful with that!

Okay, well let’s do predictions then, starting with you Ben.

B: It’s half Vietnamese okay? Hahaha. Ummm, nope, we’re locking it in. Liquid over G2. I predict G2 to tilt, they’ll mess up. Caps will int hard. And their support is a sub.

J: Yep, IG last, I think they’re going to hit a slump and end fourth. They already won Worlds, so... 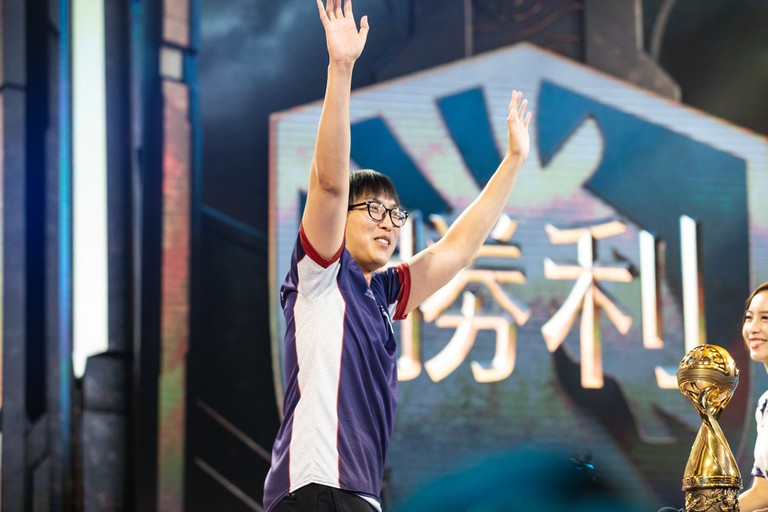 What about you Maurice?

M: It’s a real tough four way. I honestly think Invictus will take number one. Then SKT will be second because they have some questionable talent on that team. I mean they got rid of Bang, they have a new jungler.

All: What? Teddy is so good.

M: Alright alright! But then I think I would put Liquid, and then G2.

Alright Decade, what do you think?

D: I think this is the most exciting MSI ever. I would go for, I think, IG. They are really strong right now and they were the Worlds champions. Then I think it’ll be Team Liquid!

D: Yes! And then maybe SKT will be third, and then… Phong Vu Buffalo!!

I was hoping someone would say them, there we go.

M: I just don’t think Phong Vu matches to the Western playstyle. Just the macro play. Every early game they got ahead within 15 minutes and then they got smashed later on.

Anyone have any other fun stories about them as Liquid fans?

But yeah, when I first got here, the Phong Vu fans seemed to underestimate TL. But we were here cheering, not underestimating anyone. Just cheering for our favorite team. And my friends are all making fun of me, like “Let’s go Liquid”? More like “Go, go Liquid. Go to the airport. Go home!”

B: Well now you can rub it in their face. And you’ve got their autographs.

D: Yes, of course I’ll do that! But no, it’s fine hahaha. They’re good friends. I haven’t texted them yet, but I got some high fives from Team Liquid on camera, and they definitely saw that.