The Battle for the Sixth: Bjergsen vs Doublelift

"Who would you rather start a franchise with, Bjergsen or Doublelift?"

This is a question that Choi “Locodoco” Yoon-seop often asks his guests on his podcast “Listen Loco.” It’s a baseline question that has no definitive answer.

Both Soren “Bjergsen” Bjerg and Yiliang “Doublelift” Peng have legitimate claims to being the most valuable player in LCS history. Both have distinct advantages and skill sets unique to them, so it becomes a litmus test to see what values the guest has when analyzing and modeling the LCS. Finally, it gets to the core of one of the biggest storylines in the LCS: Who is the greatest North American player, Bjergsen or Doublelift?

Both players are tied at five LCS trophies each. The winner of the Spring Finals will be the first to attain six and push themselves above their rival. 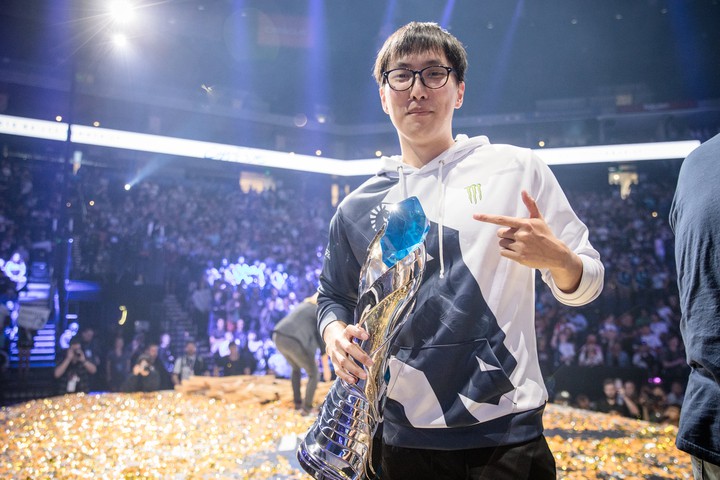 The King and the Protagonist

At the end of 2013, Andy “Reginald” Dinh retired from pro play. He had accomplished a lot throughout his career as he had made TSM a massive name in the League of Legends space. It had become the biggest org in the NA LCS, and, with his retirement, TSM needed an heir. Bjergsen became the chosen one, as he joined TSM on Nov. 2, 2013.

He became the superstar of TSM and their franchise player. In his first split, he took the team to the 2014 Spring Split finals, where they lost 0-3 to Cloud9. After a few roster changes, Bjergsen and TSM got their revenge as they won the next two splits against the same Cloud9 lineup.

After one-and-a-half years of play, Bjergsen had established himself as the best player in the NA LCS. While there were players that you could contest were individually as good as him, Bjergsen had the trophies to back it up. His importance to TSM was so significant that Trevor “Quickshot” Henry infamously compared him to Lee “Faker” Sang-hyeok.

“[Bjergsen] is probably the best player in the world. I’d probably rank Bjergsen above Faker in terms of being a better overall player.”

Years later, Quickshot explained the missing context of the video on Listen Loco. In the episode, he explained that the reason he ranked Bjergsen above Faker was that he believed, at the time, that Bjergsen brought more value to TSM, relative to the value that Faker brought SKT (as Lee “Easyhoon” Ji-hoon was sharing starting time with Faker for SKT). Regardless of what you think of the actual statement, it is a fact that Bjergsen was the uncontested king of NA and no other individual player came close to matching him. 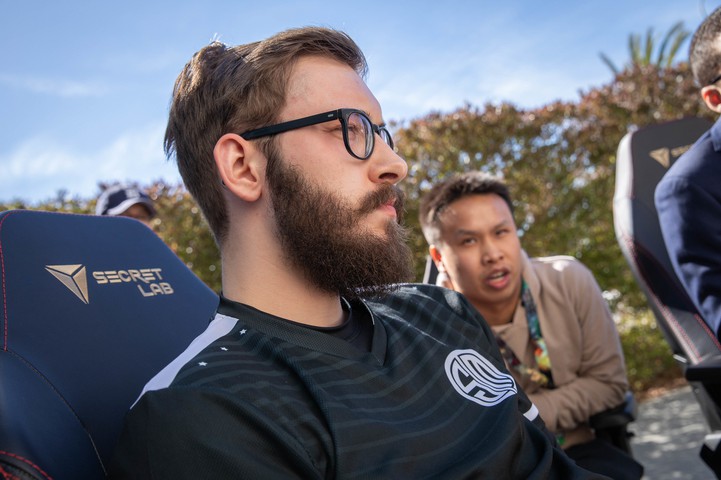 Enter the protagonist. Where Bjergsen was the heir to TSM and Reginald, Doublelift became the heir to CLG and George “HotshotGG” Georgallidis. At the beginning of his career, he was a mechanically gifted player, and under the tutelage of Steve “Chauster” Chau, he learned how to play League at the highest percentile of play. Doublelift was a brilliant player, but he was mocked for his lack of trophies. This manifested into the subreddit r/DoubleliftsTrophyCase.

Like any anime protagonist, Doublelift started as a flawed character. He grew with his experiences and failures as he continued to compete in the NA LCS. As Doublelift notes in this Travis Gafford interview, “There was a time, about four years ago, where I dreamed about having my first [NA LCS title].” That dream came true as his talent, dedication, and growth allowed him to reach the NA LCS 2015 Summer Split finals. In that series, Doublelift’s CLG faced off against Bjergsen’s TSM, and he denied Bjergsen the chance to win three back-to-back titles as CLG beat TSM 3-0. It was a watershed moment for Doublelift’s career, and the first title of many that would come Doublelift’s way.

While CLG had won the split, they could no longer work with Doublelift. He left the team and joined TSM. It was the merging of the two largest NA superpowers. Both Bjergsen and Doublelift had been the superstars of their respective teams. Players that had been the respective carries of their squads. Their alliance together was akin to Shaq and Kobe for the Lakers. Co-stars that could elevate the team to dominant, never before seen heights. 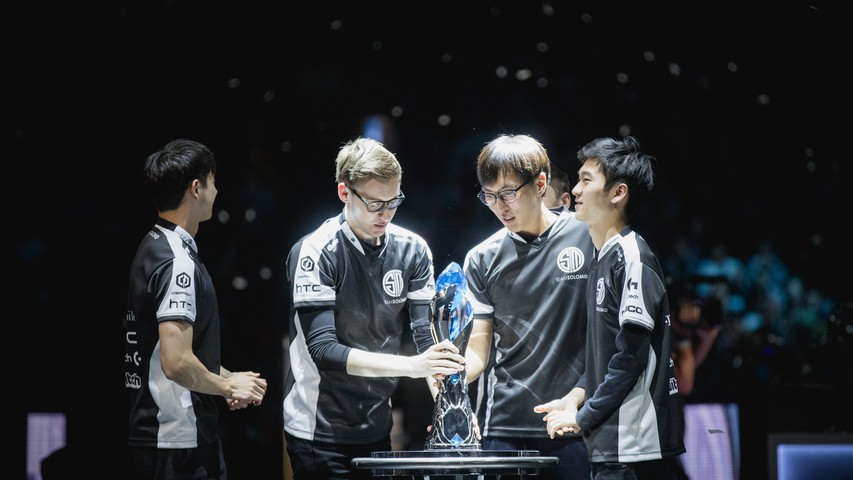 In their first split together, they made it to the 2016 Spring Finals, where TSM lost to CLG 2-3. For Doublelift in particular, this was a huge blow, as he wanted to find revenge and prove that his ex-teammates had made a mistake for kicking him. In a reflections interview years after he told Duncan “Thorin” Shields about his feelings about losing that final to CLG.

“I wanted [revenge] more than anything. I wanted to win so bad. I knew that if I lost Aphro would talk shit, and he talked shit. I was so emotionally invested in that game that I was straight up depressed for a week after...it was everything. I wanted to prove to them I was so good...I wanted to get back at CLG as an org, and Hotshot, and I wanted to show Aphro he made the wrong decision.”

While Doublelift couldn’t get immediate revenge, he’d prove it in the following split. In the 2016 Summer playoffs, TSM faced off against CLG in the finals where they beat them 3-0 and then went on to defeat Cloud9 in the finals 3-1.

At the beginning of 2017, Doublelift decided to take a break as a streamer. In the interim, TSM had Jason “WildTurtle” Tran take his place, and Bjergsen acquired the next trophy without him. In the Summer Split that year, Doublelift won his spot back from WildTurtle and beat Immortals in the finals 3-1.

The Bjergsen-Doublelift combination was dominant. If the two of them had continued to partner up for the rest of their careers, they could have run the LCS for years to come. However, two disappointing Worlds showings in 2016 and 2017 dissuaded TSM from continuing down that path.

While they could have continued to dominate domestically, they needed to rebuild t succeed on the world stage. In the aftermath of 2017, TSM had to ask themselves the Locodoco question, “Who would you rather build a franchise around, Bjergsen or Doublelift?”

“I want to absolutely demolish TSM’s legacy and make sure they regret the decision," Doublelift said in a Travis Gafford interview after joining Team Liquid.

When CLG kicked Doublelift in 2015, he wanted to prove that they had made the wrong decision. In the subsequent two years that followed, he proved it with his results, as he got two more NA LCS titles to CLG’s one in the same time span. This time around, the challenge for Doublelift was a magnitude higher. TSM and Bjergsen had built a kingdom in the NA LCS. Their team had built a legacy of excellence and domestic dominance. If Doublelift wanted to demolish that legacy, he’d have to up the ante. There was only one real option. 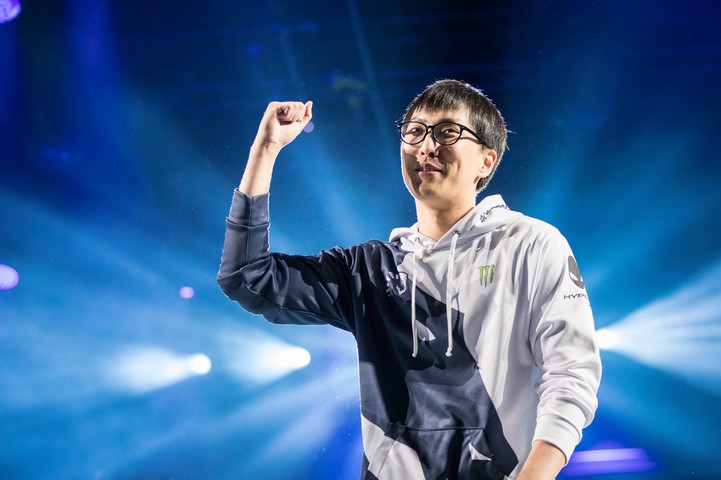 Liquid (formerly Curse) were a bit of a meme in NA LCS history. Steve “LiQuiD112” Arhancet consistently tried to create the most competitive rosters possible with the best players that money could buy. Despite all of his efforts, however, the team lacked something to take them from perennial fourth place finishers to NA LCS champions. With no history of winning NA LCS titles, this created the perfect chance for Doublelift to prove himself.

Bjergsen was up five titles to Doublelift’s three, but in 2018, Doublelift evened the scales. In the 2018 Spring Split finals, Doublelift carried his team to victory as the primary superstar of the squad. This was even more legendary due to the fact that he performed amidst personal tragedies.

By the end of the split, Doublelift had established himself in the highest echelons of NA League of Legends history. He became the first player in the NA LCS to win three NA LCS championships under three different organizations. In the following Summer Split, he won another NA LCS title and matched Bjergsen’s five. While Bjergsen got a head start in the earlier years of the NA LCS, Doublelift had caught up. Now, the title of “greatest NA LCS player of all time” is up for debate.

From 2018 to 2019, Thorin did a pair of reflection interviews with both Bjergsen and Doublelift. On April 29, 2018, he asked Bjergsen whether or not Doublelift was a rival.

“In some sense, yes...he’s a person I really want to beat,” Doublelift answered. “Not that he’s really my rival, but he’s the teammate that I’ve had that is closest to my accomplishments, and he’s similar to me in our personality and the way we work. Of course I want to beat him and I know that he really wants to beat me too.” 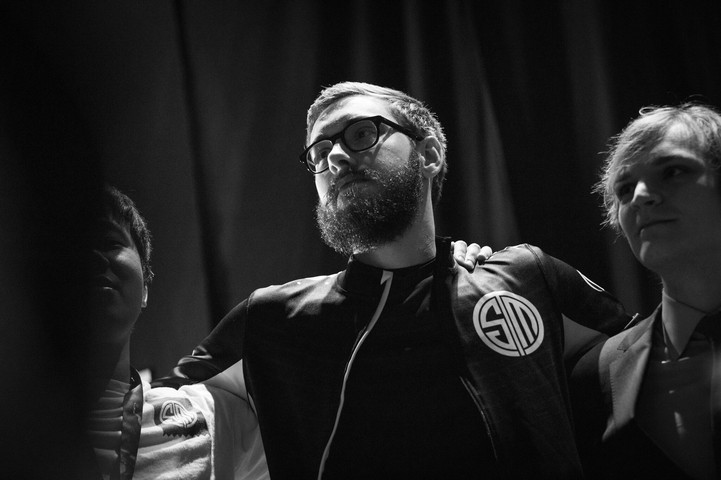 At that time, Doublelift had just achieved his fourth NA LCS victory. In 2019, Thorin posed the same question to Doublelift about whether or not there was a rivalry between him and Bjergsen.

“Yeah, I really want to win against him,” Doublelift said. “He was my friend and former teammate. I want people to maybe...revisionist history look back and think ‘Oh shit maybe Doublelift was the star, maybe he was the reason TSM was successful and Bjergsen was just there for the ride’...Not trying to discredit him, but I just want to show him who is really fucking good. Also we’re playing for who has the most NA LCS championships now, so it means a little bit more.” 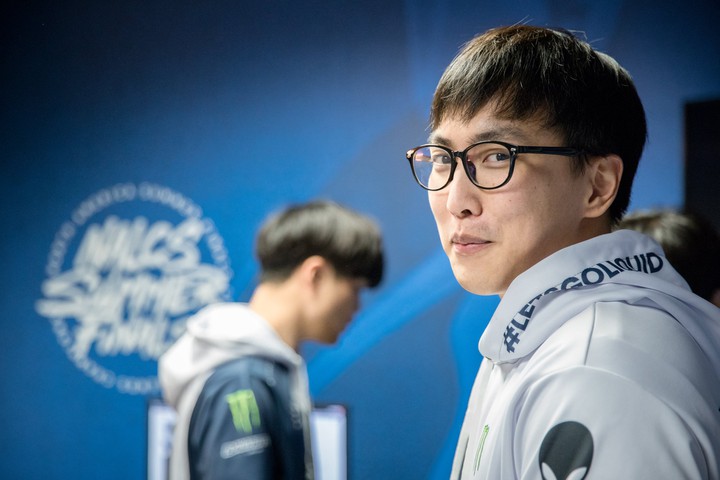 The paths of the greats will inevitably clash once they reach the mountain top. Both have proven themselves to be the two greatest players that the NA LCS has ever produced. Bjergsen with TSM, Doublelift across CLG, TSM, and Liquid. Once former teammates, now turned rivals, both will face off in the LCS Spring 2019 Finals for their sixth LCS trophy. In that series, the stakes couldn’t be higher.