Nisqy on Goldenglue: "We just want C9 to win. It feels like a friendly rivalry"

﻿Cloud9﻿ may have qualified for the LCS postseason as the second seed, but in the standings, they hold the exact same record as league leaders ﻿Team Liquid﻿.

Hailed as one of the contenders to take the 2019 Spring Split title, the veteran North American organization is looking to return to a throne they last sat in half a decade ago.

In an offseason that saw much of the LCS change shape, Cloud9 made a key acquisition for their mid lane in Yasin “﻿Nisqy﻿” Dinçer, who had last competed in NA with Team Envy in the 2017 Summer Split.

The Belgian star achieved his best-ever finish with Splyce in Europe, running third in the 2018 Spring after defeating Team Vitality and Italian mid laner Daniele “﻿Jiizuké﻿” di Mauro in the playoffs.

Now Nisqy and his new team are chasing the highest honor there is in North America and a chance to take C9 to its very first Mid-Season Invitational.

Upcomer caught up with Nisqy at the end of the LCS regular split to talk about his team’s chances in the finals, the inside workings of the 10-man Cloud9 roster, and what surprises the roster may have in store come crunch time in upcoming playoff series.

We’ve come to the end of the split now, and you’ve had another season in NA. You’ve played in North America and Europe, so which region is your favorite?

Nisqy: I don't think there’s a better or worse region in terms of skill, I think they’re just different. I think North America is better to play in for the players, the weather is nice, and it feels a lot more relaxed compared to Europe. Even the food, the apartments we live in, the people around the city, LA feels so much nicer than Berlin.

Being far from Europe is quite nice for me because it’s interesting, feels interesting to be on the other side of my world just doing my job. Being here is just nicer right now. 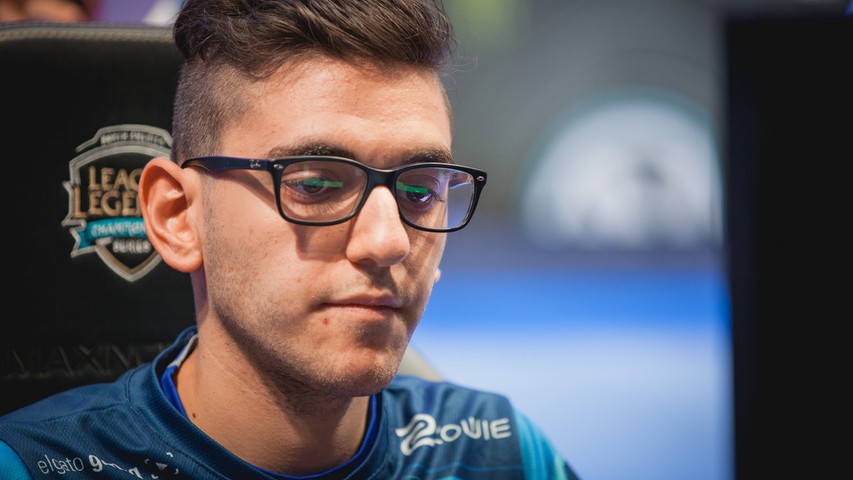 Cloud9 is often seen as a lighthearted team in the LCS, and it seems like 2019 is no different in that regard. Does the team atmosphere harden or get more serious at all for the playoffs?

I think it will get a bit serious in my opinion in playoffs, we’ll still joke around and stuff, and if practice goes bad we’ll have to be really serious to fix it, but this week we’ve had a great run of scrims.

For scrims we aren’t going to change much, but the focus is that we don’t want to miss the opportunity to win the split. We have to focus at 200% rather than 100% if we want to win.

The last time you were in the postseason in NA was with Team Envy, and you’ve also had a run with Splyce in Europe. Does it feel different this time around with C9?

It does feel really weird I think being in Cloud9, because they’re the winning team. I think they’re the best team in North America, especially internationally. When I was on Splyce and and on Envy I felt like we were always the underdogs and stuff so we had a lot less pressure.

With C9 you kind of have to perform for the fans and stuff, and I think that’s really good because players always play better under pressure. The feeling going into playoffs being the better team instead of the underdogs feels really nice for me. It’s the first time I’ve experienced that, and it feels great. 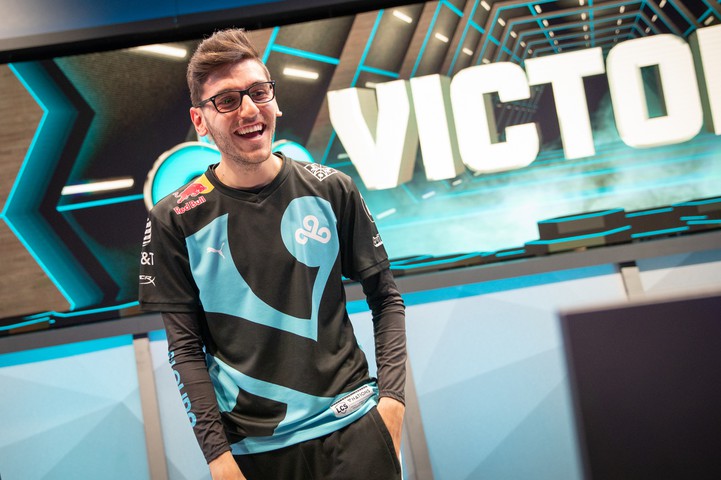 There was a lot of back-and-forth within C9’s roster in 2018, especially in the mid and jungle roles. Do you feel like the team is a lot more permanent this year?

It feels like it’s more stable right now, but it can change at any time and it’s never secured. If Goldenglue performs better in the next few weeks he may just play instead of me. For now, if we put him in, he’ll be bringing in some new stuff for strategy, but it’s all pretty stable.

Now that we’re on the end of the regular season, what were your favorite things about Cloud9 this split?

I think mostly the way I get feedback from the players and the coaching staff, and how the coaching staff helps me, even just in learning champions, or expanding side lane knowledge. I feel like our coaching staff know what our mistakes are, sometimes we have a time where we lose and we’re just like “What the fuck, how did we lose?” and they just tell us immediately and we can fix it.

It’s a team with a positive vibe, it’s nice. I think it helps that we’re winning as well, but I think that’s expected. I think if we keep improving we should be able to challenge for the top.

Last time the org faced Team Liquid in the playoffs it got ugly with a 3-0 sweep. Are you doing anything to avoid that outcome again?

I don’t think so, I wasn’t there when they lost, so I’m not sure what happened there. I don’t think prepping against Team Liquid or any other team is different, they’re all the same. We want to focus on our own team rather than our enemy’s stuff. 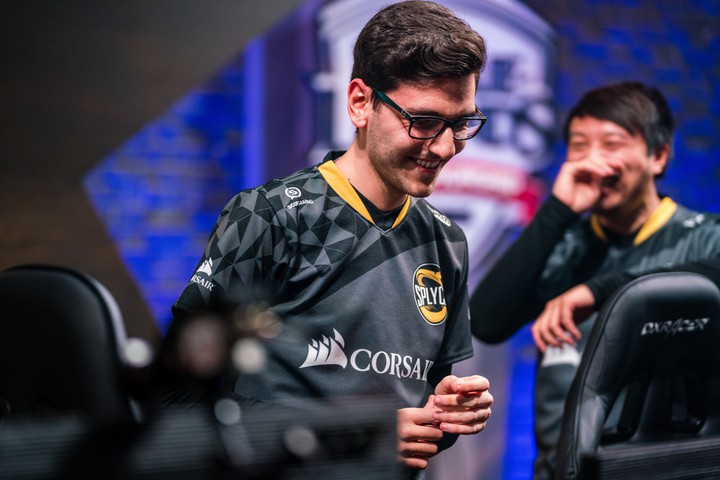 Do you think C9 might bring some roster-swap strategies for the playoffs?

We’re going to prep some stuff for sure, just in case. We have a ten man roster so we can make use of that, and probably will because our Academy roster is really good. They’re LCS calibre at least.

Especially against some teams that we know the weaknesses of we might consider it, and then prepping Goldenglue or Blaber to prepare some weird stuff to take advantage of that. I think so at least, I’m not making the decisions, but we’ll see.

How is your relationship with Goldenglue, considering you guys share that mid lane place in the roster?

At the end of the day C9 has to perform, and it doesn’t matter if I play or he plays, we just want C9 to win. It feels like a friendly rivalry. It makes him try harder, and it makes me try harder more because I don’t want to lose my spot, and then we’re also friends so it’s cool.

Who do you think you’re closest with on the team?

It’s either Licorice or Svenskeren. I flame Licorice in every game we play in scrims, because he either ints or 1v9s, and the 1v9s don’t happen that much. I usually flame him a lot, even if he plays good. And Dennis is from Europe, so hanging out with him is normal for me, so definitely Svenskeren. 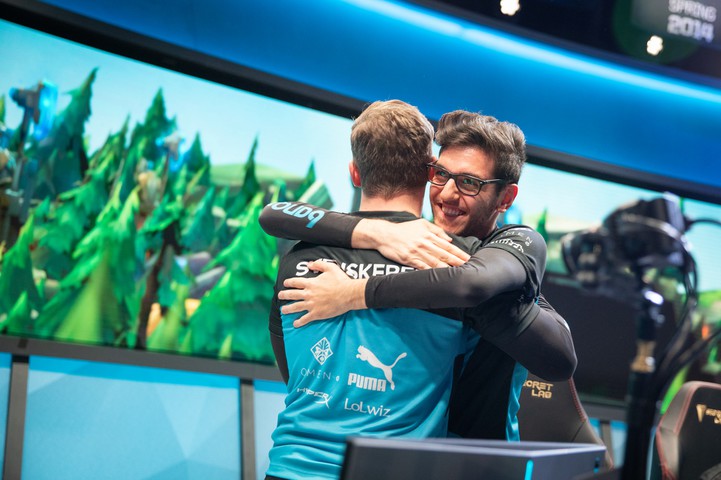 Finally, if Cloud9 made it to MSI, a first for the org, do you think that you guys would stand a good chance in the field?

I believe so, as a team together we’re good, and I don’t think we have any weak lanes. If we go to MSI we’re going to work even harder too because you’re playing against better players. We’d have a good chance at the international I think, but first we have to make it there through playoffs.