Aletaha ushers in a new era for LoL esports

For Naz Aletaha, Riot Games’ new Global Head of League of Legends Esports, the breathtaking image of a packed Staples Center overrun by tens of thousands of League fans is one she can’t ever forget. 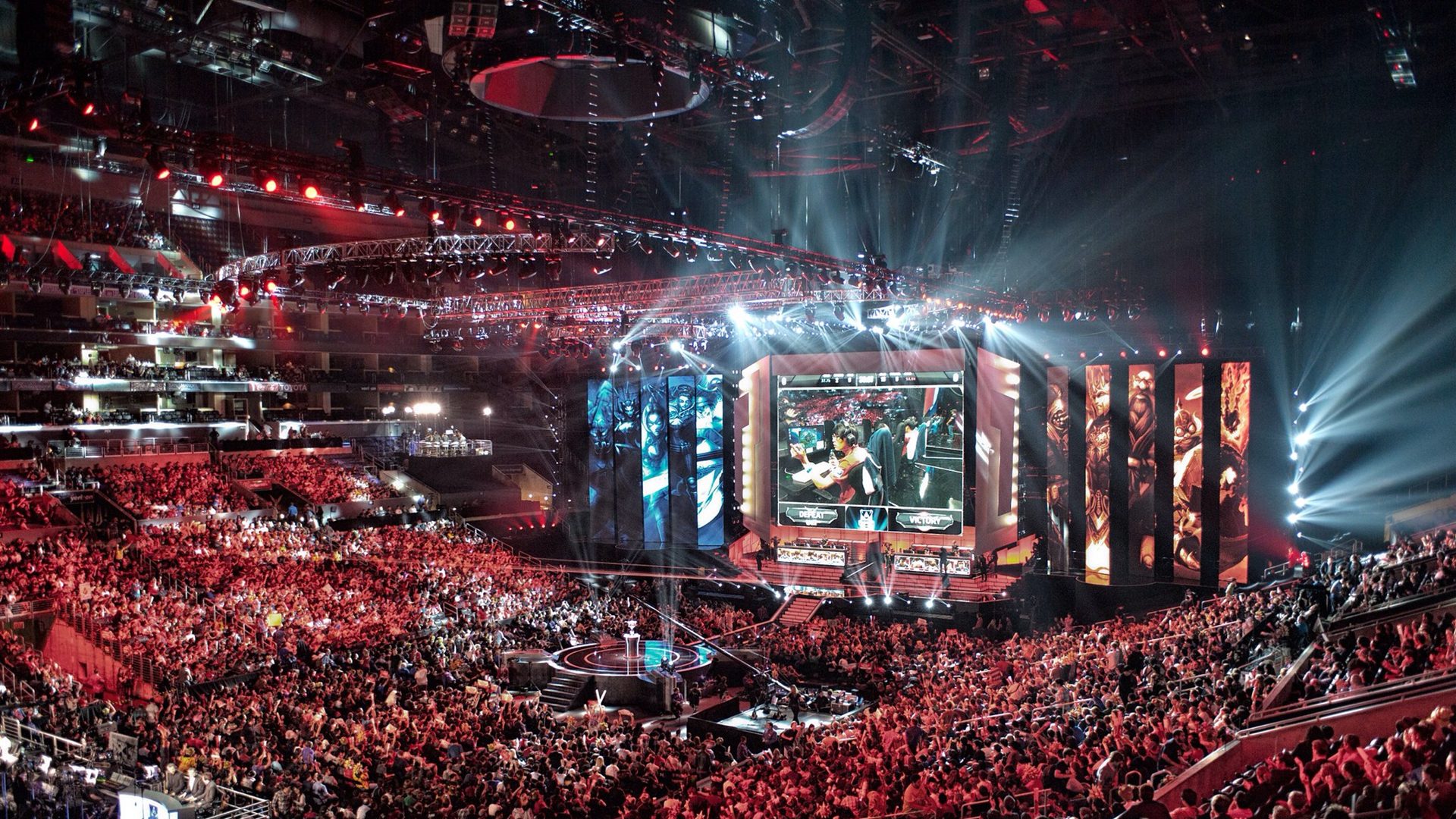 The 2013 League of Legends World Championship marked the esport’s first use of a large-scale arena venue for an official international event. It was the first time the Orange County native could palpably feel the irresistible draw of a community defined by the passion of those uplifting it. This was Aletaha’s self-proclaimed “aha moment.” As one of the founding members of the LoL esports partnerships team, that sight validated the effort she’s poured into her contributions to the ground-breaking success of what is now the world’s largest esport.

“That’s where I watched Kobe and Shaq growing up; it’s where I saw my first major concert,” Aletaha said. “I really will never forget when I walked into that stadium and saw it full of League of Legends fans… it was at that moment where I said ‘oh my gosh, I need to do this.'”

Aletaha’s been a Rioter since 2012 and has served as Head of Global Esports Partnerships and Business Development for nearly eight years. She was one of the minds behind some of Riot’s most innovative partnerships and activations with prestigious brands like Spotify, Louis Vuitton, Mastercard and more. She fondly recalls the spectacle of the Worlds 2013 Grand Finals at the Staples Center and even the infamous technical delay of Worlds 2012 that resulted in a massive RP giveaway and pizza party for fans at L.A. LIVE.

In her near-10-year-long career, Aletaha hasn’t forgotten what sparked her dedication to pushing the boundaries of what League can become, and that fact is the driving force behind her vision for the esport’s future. Following Riot’s announcement of her promotion, Aletaha spoke with Upcomer to share her thoughts on the path forward for League esports.

While Aletaha is still splitting time between two roles until her previous position is filled, she already has her sights on what could be in store for LoL esports partners down the road.

“I’m bullish about the future,” she said.

As preparations to hit the ground running in 2022, Aletaha draws on a wealth of experience working on brand partnership activations that keep the fan experience in mind. She plans to maintain this philosophy in her approach as Global Head of LoL Esports.

“I remember at various times through the years, we would see some criticism about how we didn’t have as many sponsors as some thought we should,” she said. “We want to bring in the right partners at the right time and we want to make sure they’re going to do right by this audience because we owe it to them.”

Sometimes that means flashy concerts full of cutting-edge augmented reality tech and in-game skins based on luxury fashion brands. But Aletaha would also like to find more ways to partner with community-forward projects on a global scale, like the League Championship Series’ recent initiatives with League Day (home of the official LCS audio cast) and FlyQuest’s Spanish LCS broadcast LCS En Vivo.

In a statement provided to Upcomer from Riot, Aletaha acknowledged rising concern within the community surrounding the increased prevalence of cryptocurrency-related partners within the LoL esports space.

“We aim to enter partnerships that create value for our fans and sport, ” Aletaha said. “We always take stock of how our community views our partnerships, which is rooted in research and sentiment analysis. Our evaluation of the reception and impact of a partnership is ongoing, from deal inception and throughout the course of the collaboration. In the case of the FTX partnership with the LCS, the team developed a new broadcast element around tracking gold differential, which has been a welcomed feature and delivers value to all parties. We’re cognizant that the cryptocurrency and exchange landscape is in a state of rapid evolution, so we assess opportunities in the category on a case-by-case basis.”

“I’m sure you’ve seen and heard we’re launching Arcane on November 6,” said Aletaha. “Now you get to see these characters you love and you play in-game come to life on your screen…Then next year we’re actually going to debut a TV series about a fictional LCS team on Paramount plus called Players.”

When asked about a specific release date for Players, Aletaha stated that nothing is set in stone, but a date should be announced “soon.” Arcane will premiere on Netflix on Nov. 6, the same date as the 2021 League of Legends World Championship Grand Finals. You can find information about the casting that’s been revealed so far for Arcane here.

COVID-19 and the new normal

The world has felt the heavy impact of COVID-19 since 2020, and the LoL esports space has had to continuously adapt and pivot in order to prioritize safety while trying to preserve the competitive integrity and entertainment value of some of the biggest events in esports. The last live LoL esports event that was open to all fans was the 2019 League of Legends World Championship Grand Finals in Paris, France. At Worlds 2020 Grand Finals, a limited audience of local fans was allowed. Just this year, the Worlds 2021 changed locations from Shanghai, China to Reykjavik, Iceland on Sept. 9, less than a month out from the start of the event, because of COVID-19 complications.

“You’ll see an epic opening ceremony, you’re gonna see everything be so true to Worlds, despite that pivot,” said Aletaha. “We’re just thrilled that we can deliver that to fans. Even in the face of the pandemic.”

As the global pandemic response continues to be monitored by experts, Aletaha was unable to give confirmation on the future of live events. In an interview with Upcomer in June, Riot Games Head of Esports for NA and OCE (and interim LCS commissioner) stated that the LCS plans to allow fans back if it’s deemed safe and in adherence to relevant local safety guidelines.

“We will always prioritize the health and safety of everyone involved in our shows first and foremost,” said Aletaha. “I’m personally very eager to get back to arenas and have our fans join us there.”

Aletaha’s track record speaks for itself, along with her considerable expertise. As she continues to settle into the Global Head of LoL Esports role and begins preparations for the end of 2021 and the year ahead, the community can expect more updates on the future of competitive League in the future. In Aletaha’s final thoughts during the interview, she highlighted the tools Riot has given her to succeed and improve over the years, as well as her pride in being a woman holding the highest position in LoL esports.

“I’m so grateful for the managers that I’ve had throughout my career, but I’d say especially at Riot,” Aletaha said. “They’ve always encouraged me, supported me and challenged me where appropriate and pushed me to aim higher to expand my scope to expand my expertise. I think that’s really important; they continue to give me and they really gave me that runway especially in those early years of our sport. They could have hired some executive from the sports world to come in and build the business and they didn’t. They gave me the opportunity and that really meant that they gave me the runway to succeed, but I think what’s more important is they gave me the runway to fail; it was okay to fail and get back up and try again and create a strategy and execute against it. I’m eternally grateful for that because I’ve learned so much from them.”

“Fast forward to today, I’m incredibly honored to step into this role you know. I hope that women can look at the gaming industry and look at the esports industry and see that there is a lot of opportunity here for them. I’m a huge believer in that adage: ‘if you can see her, you can be her.’ So I hope that it inspires women to forge their own path or to come join us because we want them here in our industry”