A new hero joined the fray today in Dota 2: Mars, “god of war and the first son of heaven.” (No, he has nothing to do with the character from God of War.)

Valve has been teasing the release of Mars since late January. This afternoon, the Dota team took to Twitter to tell the world that the Roman god is finally here.

“Abandoning the callous ways of his past and embracing a new identity unburdened by the legacies of his father’s archaic pantheon, Mars has turned over a new spear. Vowing to tear down the remnants of the savage old world to build a new empire, Mars is at last ready to assume the true mantle of leadership over gods and men, a position he now realizes has been wasted for eons by the petty whims of Zeus,” said the Dota team in their official announcement blog post. 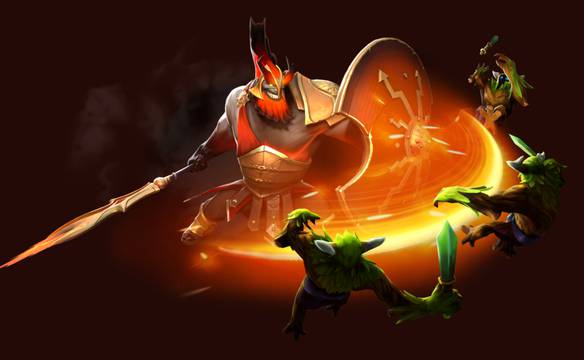 The new hero boasts powerful abilities, including the Spear of Mars, a ranged attack that damages every enemy it strikes while knocking back the first and impaling it if it hits a nearby object. Additionally, Mars has a massive shield that he uses for techniques such as God’s Rebuke, a massive shield smash, and Bulwark, a special blocking ability.

Mars is the first new Dota 2 hero to be released since Grimstroke joined the fray last August and the third, after Zeus and Medusa, to be inspired by Greek or Roman mythology.

Will Mars fit into the current meta?