A new overpowered self-boost has been found on Overpass

The Asia Minor has shown us a new trick.

During a match between AVANT and 5Power, a new self-boost spot has been used in order to gain an advantage over some unsuspecting enemies. The boost is on Overpass, situated within the connector area of the map. Using the spot, players can see over the top of players walking up to the top of connector.

5Power player Bin “Savage” Liu was the first to pull it off, sitting on the ledge to gain a birds-eye view on the enemies below. The AVANT players were unable to see him, as he quickly fell down from the boost and killed Jared “HaZR” O'Bree. 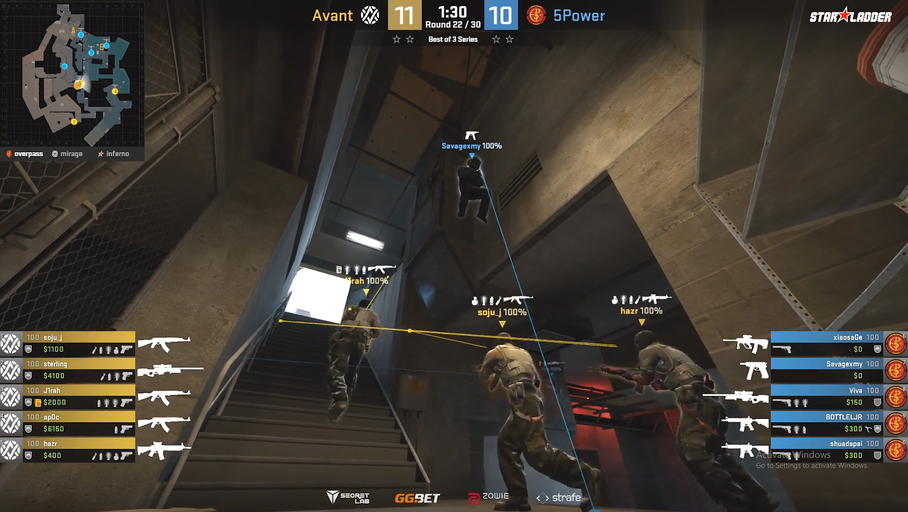 In order to get to the secret ledge, players have to strafe jump from the small ramp toward the right side of connector once Counter-Terrorists enter the position. There is a small ledge clipping that players can land on. Once in the position, players have to hold A key and look downward.

Although, the boost did not prove effective in the long-term, as although Savage got one kill, he was quickly traded while he tried to run away. Moreover, 5Power lost the round. Furthermore, AVANT went on to win the first map 16-11.

Overpass has had a history of boosts throughout the map's history. Famously, Olof “olofmeister” Kajbjer and two members of Fnatic boosted him in the Counter-Terrorist spawn during a professional match against LDLC at Dreamhack Winter 2014. This boost was incredibly overpowered as it allowed olofmeister to see a large majority of the map without being seen.