Is Coldzera teasing fans where he may land next?

A new super-team may be on the horizon.

Moreover, coldzera recently uploaded a photo to Instagram. FaZe Clan star-player Nikola “NiKo” Kovač commented on the photo with “#FaZeUp”. However, the comments have now been disabled on the post. 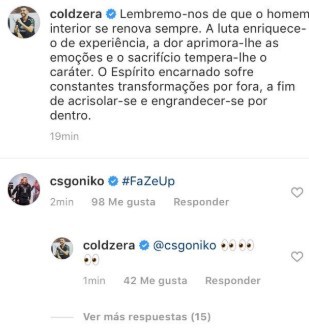 Coldzera has recently requested that he be benched by Made in Brazil before the Starladder Major, in order for him to seek new opportunities elsewhere.

FaZe Clan has not been inconsistent since the removal of Finn “karrigan” Andersen. Moreover, the team finished top twelve at ESL One Cologne, which is one of FaZe Clan's poorest results as a team. FaZe had only finished worse on two occasions, finishing top sixteen at both the PGL Major Krakow 2017 and the DreamHack Masters Malmo 2016. However, coldzera would bring plenty of firepower to pair with the likes of NiKo.

The main issue halting this transfer is the roles and the buyout. It has been noted that coldzera’s buyout is extremely high, making him one of the most valuable players. However, FaZe Clan are known to break the bank when it comes to high profile signings. According to Dot Esports, NiKo’s buyout was around $500,000. Also, The North American giants purchased ex-fnatic veteran Olof "olofmeister" Kajbjer and ex-Natus Vincere AWPer Ladislav "GuardiaN" Kovács, both of whom would be expensive considering the caliber of players they are.

FaZe Clan’s in-game leader (IGL) woes may continue with the removal of NEO. Coldzera is not a natural IGL, so it would likely be NiKo as the shot caller for the team, as he was before, even though he is also not a natural IGL. However, FaZe Clan won both the ELEAGUE CS:GO Invitational 2019 and the BLAST Pro Series Miami 2019 since the removal of in-game leader of karrigan to mousesports.

If this transfer does happen, fans could expect it to be done after the Starladder Major from August 28-September 8 in the traditional post-major shuffle. This is because the roster-lock deadline for the Major has already passed, leaving all teams the inability to use new transfers.

As always, this is speculation until a transfer is confirmed.