Here's what to expect from ECS Season 7 LAN finals.

The LAN finals for ECS Season 7 are due to start in just a few days, with the event running from June 6 – 9. The event will take place at the SSE Arena in London and boasts an impressive $500,000 prize pool, with the winner taking home a lion’s share of $225,000.

ECS Season 7 finals will feature two four-team double elimination GSL style groups that will lead into a single elimination playoff bracket. The opening match for each team will be played in a best-of-one format, which will be followed by best-of-three matches for the rest of the event. Two teams from each group will advance to the playoff bracket, while the rest will be eliminated. 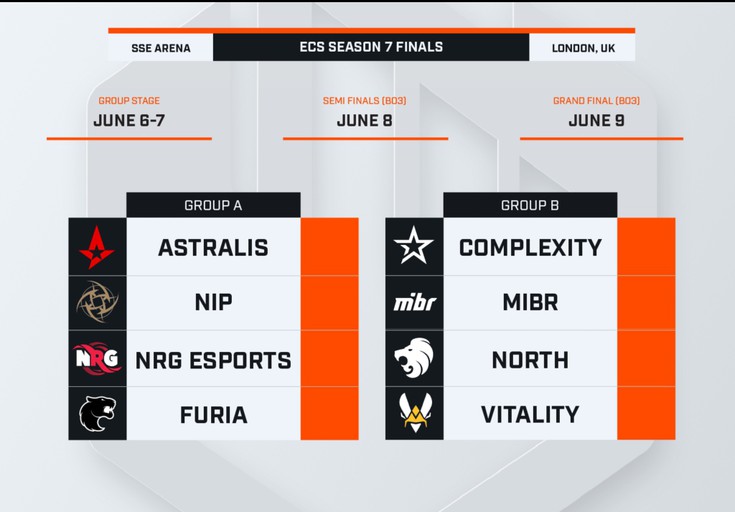 Initial matchups for the groups were revealed ahead of the event. To kick things off in group A, Astralis will take on Furia, while NiP will battle NRG. Meanwhile, in group B compLexity face off against Vitality, as MiBR tackle North.

The action is scheduled to kick off at 9:00 AM BST on June 6 with the group stage. The full schedule and more information can be found on the official ECS website.