A fairly predictable first day of BLAST Pro Series Madrid has come to an end, with Astralis topping the round robin table so far. Meanwhile, despite Giants’ thrilling play-in victory, they are the only team that failed to win once the group stage started. 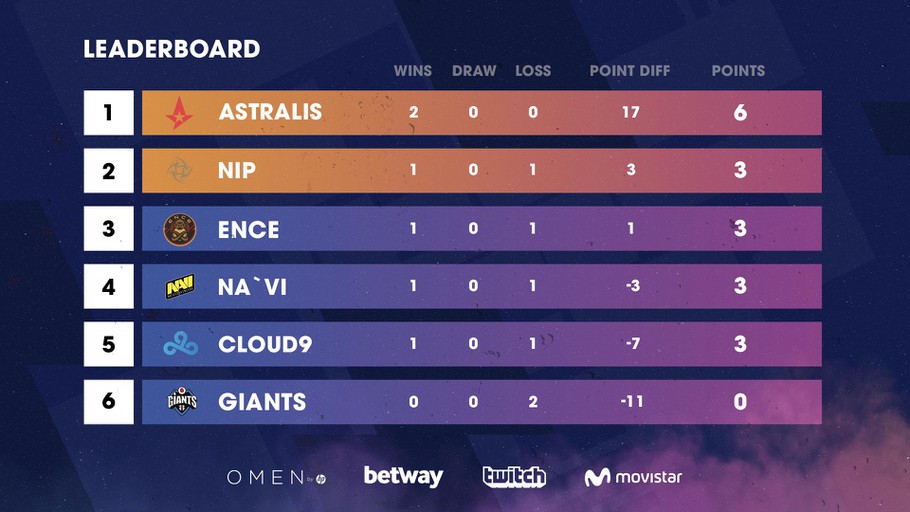 Giants played their hearts out against Movistar Riders to start the day, with both teams scrambling to win all their rounds. The series went all the way to a map-three-Vertigo that could be one of the most hectic maps played in Counter-Strike history.

The winner was largely decided by Giants innovative tactic of mass-smoking the bomb and diving onto it in hopes of defusing it. Their plan was both hilarious and surprisingly effective.

The group stage was surprisingly calm, with Ninjas in Pyjamas’ win over ENCE serving as the only exception. Dennis “dennis” Edman was absolutely unstoppable for NiP, winning clutch after clutch to end up with 27 kills in just 21 rounds. Ultimately, he secured his team a 16-5 victory over the impressive Finnish squad.