How drastic are the changes in Modern Warfare?

Some gameplay mechanics are groundbreaking.

As Call of Duty: Modern Warfare was shown off yesterday via a live streamed event featuring Jack “CouRage” Dunlop, Tyler “TeePee” Polchow, Jordan “LEGIQN” Payton, and Tom “Syndicate” Cassell, there has been a surge of information regarding the game. However, some of the changes may be more drastic than others upon the release on October 25 2019.

Firstly, the most significant change is the graphics. Previously, Infinity Ward had confirmed that Call of Duty: Modern Warfare will run on a brand-new engine, meaning that this game will be the first Call of Duty in fourteen years to run on a new engine. With this comes brand new graphical improvements including ray-tracing on PC and 4K video quality. From the gameplay we received on July 11, the game looks like the most visually appealing Call of Duty in a long time. 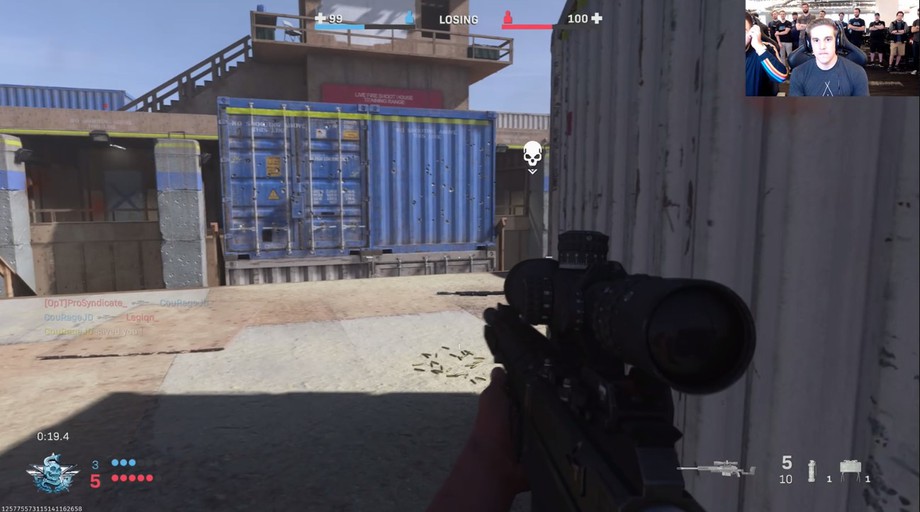 Secondly, the user interface has seen a redesign. For example, there is now a small dot in the middle of the screen when running. However, the biggest change sees the complete removal of the iconic mini-map. Now, the top left of the screen is vacant. The Infinity Ward developers have mentioned how they want the game to be as real as possible, potentially this is another way of achieving this. However, the community was quick to judge on this change. Current Units and ex-Denial professional player Rhys “Rated” Price compared the change to Black Ops 4’s introduction of the fog of war as he considers both to be extreme.

One main criticism of the game is the motion blur that viewers saw during the livestream was too distracting. However, the co-design Director of multiplayer at Infinity Ward has claimed that there will be an option to toggle the motion blur on the guns and on the world.

In terms of guns and maps, there are some brand-new additions and traditional throwbacks. For example, the iconic RPG-7 makes its return as it was confirmed during the livestream. The AUG is back after being featured in Call of Duty: Black Ops. Some guns make a return from the Modern Warfare franchise such as the M4A1 and the MP5. Some brand-new assault rifles include the L86A1 and the FR 5.56. The confirmed maps are currently King, Pine, and Stack.

The movement has seen a massive change. By comparison, Call of Duty: Black Ops 4 has incredibly fast movement in regard to player speed and the ability to aim-down sights much faster, as attachments such as quickdraw two made this possible.

Professional player and Call of Duty champion Patrick “Aches” Price commented on this change, stating that it looks like players won't be able to sprint into gunfights.

However, some negatives to the new movement has arose. Some claim that it is too clunky and slow, as it seemed like the player wasn’t moving at the normal pace of a Call of Duty character. Moreover, it seems as though there are different stages to a player’s sprint, suggesting a more realistic and skill-based element as to when players should use their max sprint.

This led to some of the community comparing Call of Duty: Modern Warfare to slower based first-person shooters such as Battlefield or Tom Clancy's Rainbow Six Siege.

Overall, traditional Call of Duty players should not have trouble picking up this game and adjusting immediately. The game should provide a fresh but nostalgic feel for those who love the franchise.

Call of Duty fans will not have to wait long to see more of the game, as the official multiplayer reveal is August 1.