How Clans work in Call of Duty: Vanguard

A fan-favorite feature has returned with Vanguard multiplayer

Provided by Activision Clans are back in Call of Duty: Vanguard

There are a plethora of features that arrived with Call of Duty: Vanguard multiplayer. From a revamped Gunsmith to a slew of gameplay content, fans have a ton to explore. However, one feature that’s easy to overlook is the Clans tab. Clans are back in Vanguard after taking a brief hiatus for a year. Although they work a little differently than years past, players should be aware of the ins-and-outs with Clans in multiplayer.

At its core, the Clans feature is a way for players to join up with a community, or their friends, and easily play together. During this process, players can earn Clan XP simply by playing together. This is great for the Clan itself and the players involved. Though, there are some additional intricacies that make the feature what it is in Vanguard.

Players can access the Clans tab by pressing Triangle/Y on controller and their designated keybind on PC. Clans are within the Social tab, so however players access that is how they navigate to the Clans feature.

Once in the Clans section, players will be greeted with a screen to join or create a Clan. To join a Clan, players can type the name of it in the box that’s present and request access to join. Of course, some clans allow players to join automatically, so it depends on what community players are trying to access. 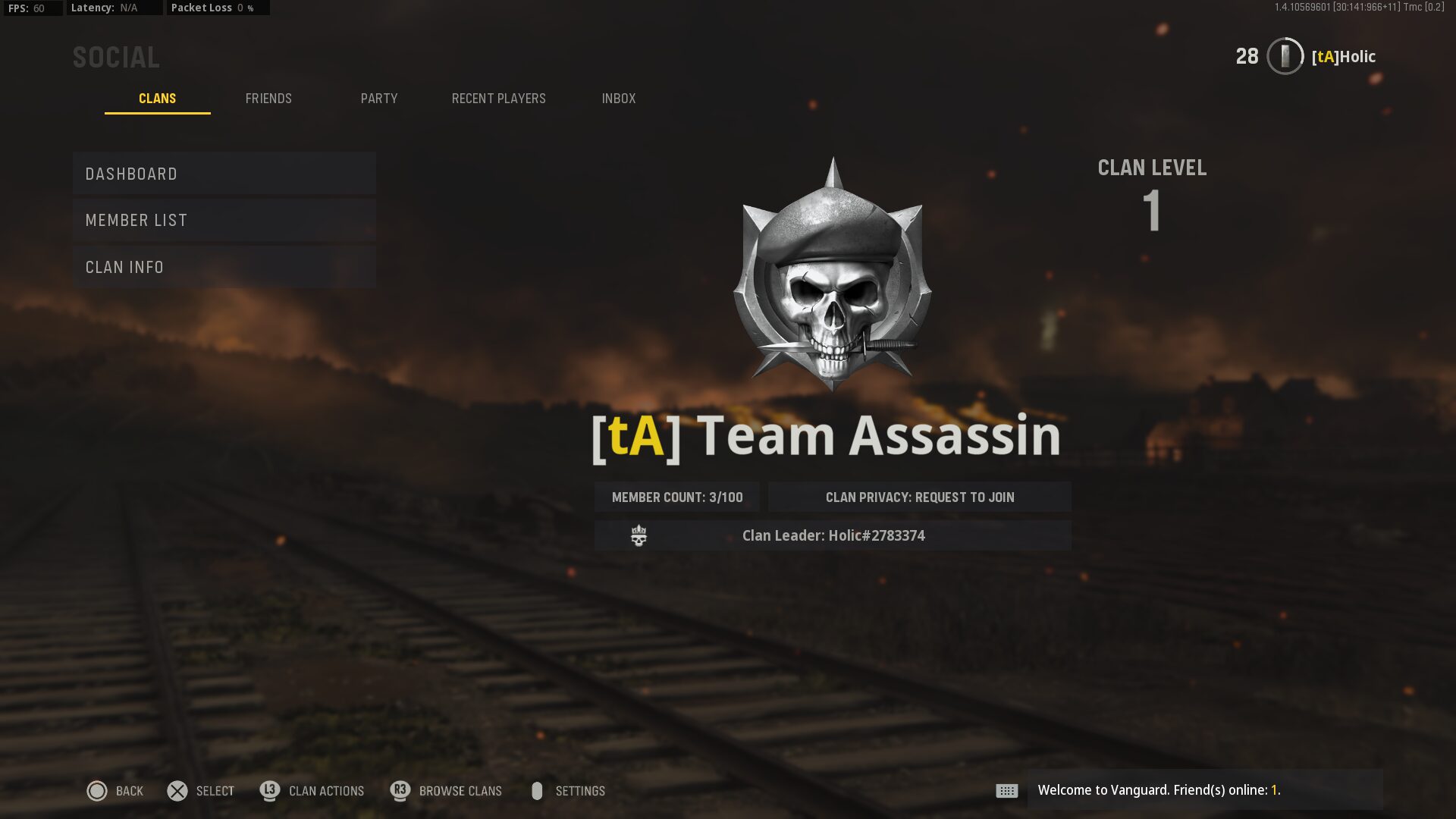 To create a Clan, players can type in a name and Clan Tag, the latter of which will appear in-game. Players can then invite others to the Clan. Two players are needed to start earning Clan XP.

Clans have 20 levels that are progressed by earning XP, which is attained by players within the Clan playing together. At each new level, players will earn a new Calling Card Frame they can equip to showcase their level. There will likely be additional rewards for Clans down the line but this is the current reward system in Vanguard.