All you need to know about Seraphine’s abilities and more

League of Legends fans have been gearing up for this day: Seraphine‘s abilities are official out, and they can finally play her on live servers come Patch 10.22. Players have anticipated he “Starry-Eyed Songstress” for months, and her social media posts have kept everyone at the edge of their seats. Riot dives deep into her bio, revealing much more than her abilities. Let’s take a look at this Piltover-born star.

Seraphine, raised by her Zaunite parents, had struggled all her life with hearing voices and songs. Eventually, these noises disrupted her everyday life, forcing her parents to purchase a shard of a rare hextech crystal to craft a device that dampened the voices. Over time, her ancestors had contacted her through a new set of voices, empowering her to pursue her life’s purpose: visit Zaun and bring unity to those struggling.

Runeterra's premier idol is taking the stage with her magical auditory synesthesia. Captivate your enemies and sing along with your allies with this pink-haired dreamer.

“Even in my dreams, I hear them sing.”

Seraphine’s abilities are unique and catered toward her singing talent. 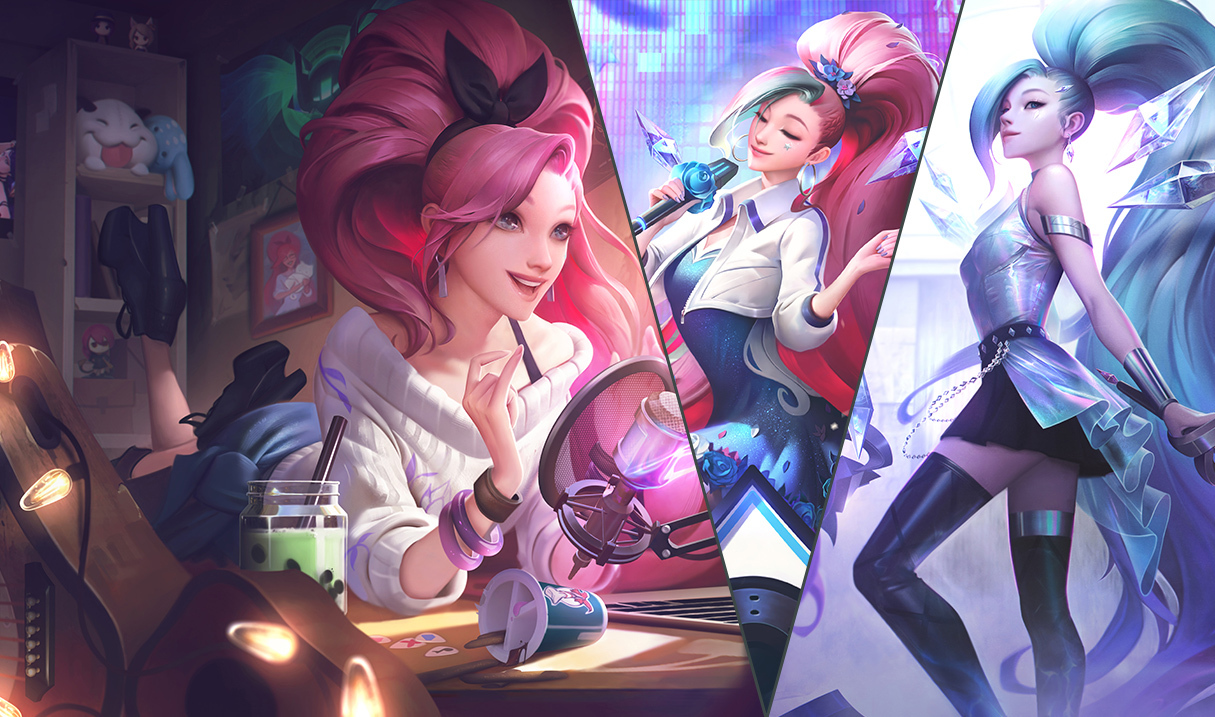 A Piltovan star is born

Along with her ability reveal, Riot also shared some details on who she is, and how the development team worked on her. Additionally, the team shares some beginning sketches and models that could have worked its way onto who she is now.

From the start of the Piltovan Pop Star, all the way to the finishing pieces, fans can read more about it on the official Seraphine Insights blog post.

Overall, fans can now look forward to trying out this exciting new champion once she goes live on October 28.